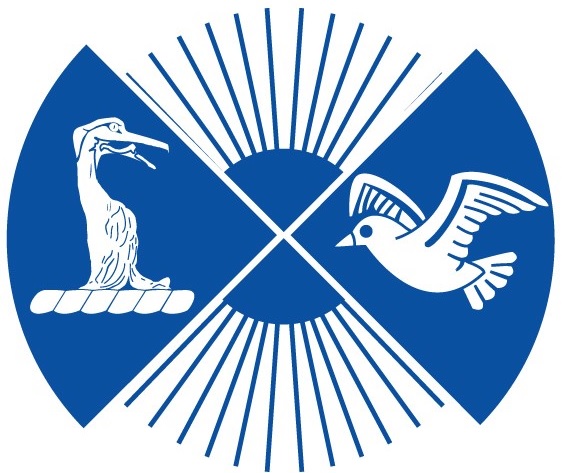 The History of Monkton Farleigh School

In 1818, a Sunday School was maintained by Voluntary Subscription at Monkton Farleigh and then, in 1829, Thomas Burgess, the Bishop of Salisbury, built a room attached to the Church for use as a Sunday School. By 1833 it was reported that there were three day schools that were run by the women at Farleigh, in which 18 children were educated at the expense of their parents – and one of these schools was in the building built by Bishop Burgess. From 1842-63 (the incumbency of Edward Brown) a night school was held in the school built by Bishop Burgess, and the pupils were aged between 14 to 24 years and each paid 2/6d (12 1/2 pence) a session in advance. The teachers were the Curate and his wife, and John Bishop.

In 1845-6, Wade Brown (lessee of the Manor) established a school for boys and girls, with a Master and a Mistress. When the Master died, the Rector assumed responsibility for the Boys’ School, while Wade Brown’s wife maintained the girls’ one – in those days they wore red cloaks, blue gowns, white aprons and collars.

The school was clearly popular, as in 1848 there were 40 boys in attendance at Bishop Burgess’ school. They were taught by a trained but uncertified Master, and the school was supported by the Rector himself, with a further 30 children clothed and educated at the expense of Mrs. Wade Brown. The Girls’ School was maintained after Wade Brown’s death by a legacy of £35. The School was held in a cottage opposite Church Farm and continued there until 1870. The legacy was conditioned on the continuance of the family in the Manor and lapsed when they left.

That wasn’t the end of the school though, as in 1870 a School Trust was created and the site conveyed to the Rector with the permission of the Bishop. A National School was provided at a cost of £626, with a building grant of £155 obtained from the State and Voluntary Subscription (raised locally) of just over £520.

The School log book starts on January 15th, 1866, when Mary A. Bailey first took charge of the school. The Rector regularly visited the school and gave the first and second classes – which were Scripture lessons. The Inspector’s Reports for 1866-1870 showed the children to be in good order and receiving careful instruction. In 1870 it was reported that the older scholars in the fourth and fifth standards were strong in Reading and Dictation, but had wholly failed in Arithmetic and Music. The school reports for the 1870s were generally good, though in 1878 it was noted that the Arithmetic had fallen off, though a considerable improvement was noted in 1879. Then, in 1886, a new school was built with accommodation for a total of 90 pupils as well as a teacher’s house, too.

There were often poor attendances in winter due to illness and bad weather. For example, on July 21st 1882 the school was closed due to an outbreak of scarlet fever in the village. There were further cases of scarlet fever on July 28th, and the school was then closed completely until September 4th! In 1884 there were low attendances due to whooping cough at the beginning of the year, and the Report for 1884 observed that the “changes of teacher, combined with the recent epidemic, have tried somewhat severely the attainments of the children”, although, impressively, the percentage of passes in the standard subjects were well maintained.

The Report in 1887 noted that “the school has suffered this year through the loss of teachers and the attainments show a decline. The class subjects are fair, but the elementary work is only moderate”. The infants were said to be some degree better than the elder children, but improvement was also desirable. The report for the following year was better, though it was noted that in the Infant class there was an average attendance of 33 in a room that only accommodated 26 – so it was clear that there were plenty of children in the area with the desire to do better for themselves and gain a decent education. The school was closed for a fortnight on August 3rd, 1888 due to measles, and a five-week summer holiday was given owing to the late harvest. On September 24th, when the school recommenced, many children (mostly employed by farmers) were still away as the harvest was not yet finished.

Then, in 1891, primary education became free for all children. The Reports for the 1890s were varied. They were good for the early 1890s, but in 1894 it was said of the mixed school that “the children are orderly, but they show very little intelligence and are very weak in Arithmetic and Spelling”. The school had to be closed for a month on November 28th due to measles, but it grew from strength to strength, and when it was examined in 1896 it obtained the mark “Excellent”. By this time, the school could accommodate a total of 94 pupils.

On June 11th, 1900, M. J. Wilkins became Headmistress, replacing J. A. Macnee. On Monday 10th, June 1901 it was noted that “owing to the decrease in the attendance it has become necessary to reduce the school staff, the funds being insufficient to meet the expenses of the school.” Several staff changes followed over the next few years, and in May, 1903 Sarah Green replaced M. J. Wilkins as Mistress and Miss Winfred Alice Burton took the role of Assistant. The report for the year ending November, 1903 was rather critical, noting that the school had suffered due to the changes of teachers and that “pains must be taken to develop the intelligence of the children and to arouse their interest”. The shortage of staffing continued to be a problem in 1905 and the Report noted that while Singing, Writing, Needlework and Drawing were satisfactory, the children were backward in all other subjects.

Slowly the school improved though, and in December, 1905, M. E. Guy became Headmistress, while Miss Moss was appointed her assistant. The average attendance for the year then was 61. By 1906 the school was well staffed and the teachers were working well together, though in 1913 it was reported that considerable modification in the method of teaching was required and that the infants’ room was slightly overcrowded. In 1910 there were 66 children on the register and by 1912 the number had increased to 75 children. On Empire Day (May 24) that year, the children assembled in the yard and saluted the flag.

1930 was a big year for the school, as the senior children (over 11 years) were transferred to a secondary school at Bradford on Avon, and Monkton Farleigh became a Junior Mixed and Infants’ School. The next record, from July 1950, shows that the average attendance was 48.

A number of houses were built in the village after the Second World War and children from South Wraxall transferred to Monkton Farleigh, meaning that numbers at the school increased, with a high point of 77 reached on the register in 1981. This number declined to 46 in 1986 but then gradually increased back up to 75 children in 1996. Unfortunately numbers then fell away and there were only 43 at the school in April 2002, when it was known as Monkton Farleigh & South Wraxall School.

By 2005 there were only 24 children at the school, and in 2006 it merged with the school at Atworth. From that point the three adjacent parishes south of the east-to-west Roman road were covered by just one school. There are now two bases for the new Churchfields School: one at Atworth and one at Monkton Farleigh. Children from both bases meet and share lessons on a regular basis, and in the 2008/9 school year there were a total of 114 children in six classes.

At Churchfields we strive to nurture every child, and provide firm foundations for our children to become confident, independent learners.

If you'd like to get in touch with us and find out more, please use the link below.

We use cookies on our website to give you the most relevant experience by remembering your preferences and repeat visits. By clicking “Accept All”, you consent to the use of ALL the cookies. However, you may visit "Cookie Settings" to provide a controlled consent. Read More
Cookie SettingsAccept All
Manage consent

This website uses cookies to improve your experience while you navigate through the website. Out of these, the cookies that are categorized as necessary are stored on your browser as they are essential for the working of basic functionalities of the website. We also use third-party cookies that help us analyze and understand how you use this website. These cookies will be stored in your browser only with your consent. You also have the option to opt-out of these cookies. But opting out of some of these cookies may affect your browsing experience.
Necessary Always Enabled
Necessary cookies are absolutely essential for the website to function properly. These cookies ensure basic functionalities and security features of the website, anonymously.
Functional
Functional cookies help to perform certain functionalities like sharing the content of the website on social media platforms, collect feedbacks, and other third-party features.
Performance
Performance cookies are used to understand and analyze the key performance indexes of the website which helps in delivering a better user experience for the visitors.
Analytics
Analytical cookies are used to understand how visitors interact with the website. These cookies help provide information on metrics the number of visitors, bounce rate, traffic source, etc.
SAVE & ACCEPT